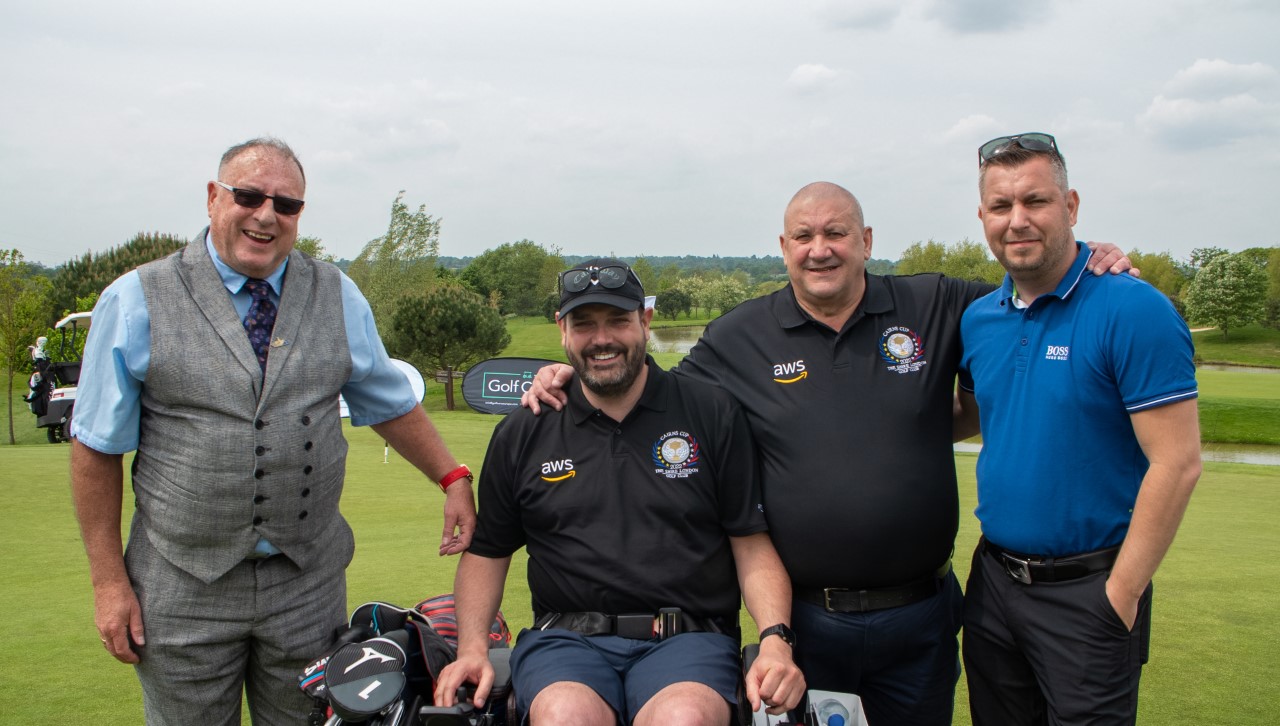 Hot on the heels of the recent UK Masters, Derby-based marketing agency Purpose Media provided sponsorship and marketing support for the first-ever Ryder Cup-style golf event for the disabled. Global brand Amazon was the event’s lead sponsor and pledged to further raise the profile of the event to help ensure its continued viability.

Called the Cairns Cup, the inaugural event takes place at The Shire London golf course designed by Seve Ballesteros from May 7-13. Future Cairns Cup venues include The Fortress (Michigan USA) in 2024, Celtic Manor (Wales) in 2026, Florida in 2028 and San Rogue, Gibraltar in 2030.

The tournament is supported by the ‘Ryder family’ and Tom Ryder Smith, the grandson of Ryder Cup founder Samuel Ryder, has given his full support to the Cairns Cup.

The tournament sees Europe host the United States for 3 days playing fourball betterball, foursomes and singles formats. Each team consists of 16 players, but only 12 will play each day. Each team has at least 6 different handicaps and WHS handicaps ranging from zero to 54, making the event truly inclusive and accessible to all golfers with a handicap.

The European team will be led by Kevin Booth, with vice-captain Kris Aves, a police officer from Barnet, London, who was injured in a terrorist attack on Westminster Bridge in 2017.

Purpose Media has agreed to brand the event in the UK, manage social media, film the event and create promotional videos as part of its contribution to ensuring this inaugural event receives the support it deserves.

Matt Wheatcroft of Purpose Media said: “We have a reputation for helping sports clubs and associations maximize the power of digital marketing. We are delighted to have been asked to support the launch of this inaugural event and look forward to playing a key role in the future.

The Cairns Cup is a Ryder Cup style match between golfers with various disabilities from Europe and the United States.

The event also takes the form of a HANDICAP GOLF FESTIVAL with the following objectives:

The Cairns Cup aka “The Billy” originated from the 2018 Phoenix Cup in Florida when a team of disabled golfers from the United States and Europe played at Rotonda Golf Club, Florida. Mr. Billy Cairns was part of the traveling European team and sadly passed away the day after he arrived in Florida. This made the competition very emotional and ensured that the camaraderie between the two teams was unparalleled.

The Cairns Cup CIC is now a not-for-profit corporation which will allow the event to grow and promote opportunities for disabled golfers in the United States and Europe.